Some nondrug therapies, including exercise therapy, can help relieve pain in veterans. Many people returning from military deployment experience physical and mental health issues.These can include chronic pain, post-treatment alcohol use disorder, drug addiction, depression, thoughts of suicide, self-harm, or a combination. Now, a new study concludes that receiving treatment that is not drug-based can reduce the likelihood of such outcomes in veterans with chronic pain. According to the findings, United States Army service members who received nondrug therapy had a significantly lower risk of:

The National Institute on Drug Abuse, and the National Center for Complementary and Integrative Health funded the new research. Researchers analyzed military health records of active Army personnel who had reported chronic pain. The median age of the personnel was 25, and their average tour of duty lasted just over 1 year. Health issues involving the joints, back and neck, muscles, or bone were the most frequently reported causes of chronic pain. According to the study, about 35% of the active duty service members reported chronic pain to the Military Health System, with that number rising to 55% among those who went on to receive treatment from the Veterans Health Administration. 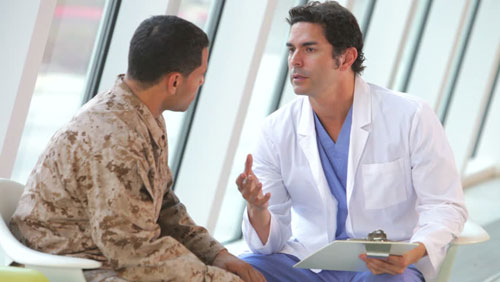 The researchers tracked the length of each individual's care, the drug or nondrug therapies that they had received from the Military Health System, and the number of days, if any, during which they had taken opioids. The analysis included the following nonpharmaceutical therapies offered by the Military Health System: acupuncture, biofeedback, chiropractic care, massage, exercise therapy, cold laser therapy, osteopathic spinal manipulation, transcutaneous electrical nerve stimulation and other electrical manipulation, ultrasonography, superficial heat treatment, traction, and lumbar supports. Among the nonpharmaceutical therapy group, 90% had received exercise therapy. Other nondrug therapies were less common, as described below: 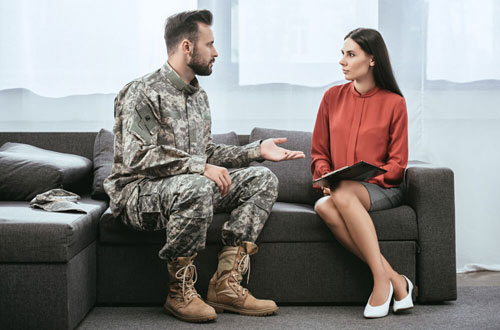 It made sense that if nondrug treatments are good at managing pain, their effect would go beyond only pain relief. Though the authors note that their analysis establishes correlation rather than causation, it suggests a possible mechanism at work. If nondrug treatments make chronic pain more bearable, people may be more likely to have positive experiences in life. That makes them less likely to have thoughts of suicide or to turn to drugs. We may be seeing a genuine effect of nondrug therapies that occurs regardless of whether soldiers use opioids or not. Hopeful that the benefits of nondrug therapies for chronic pain will prompt military medical authorities to turn to nonopioid solutions more regularly.