Despite Rising Overdose Deaths, DEA Allowed More Opioids to Flood the U.S. Over the past two decades, the Centers for Disease Control and Prevention has documented the rapidly rising death toll from the ongoing opioid crisis. CDC data reveal that the rate of opioid overdose deaths in the U.S. grew on average by 8% per year from 1999 through 2013 and by an alarming 71% per year from 2013 through 2017.

Disturbingly, according to a September 2019 report issued by the U.S. Department of Justice (DOJ) Office of the Inspector General (OIG), the Drug Enforcement Administration (DEA) allowed drug manufacturers to produce substantially larger quantities of opioids from 2002 to 2013, thus helping to fuel the opioid overdose epidemic.

Each year, the DEA sets strictly enforced nationwide limits on the amounts of opioids with high abuse potential, such as oxycodone (Oxaydo, Oxycontin, Roxicodone, Xtampza ER), that can be manufactured and distributed in the U.S., as well as quotas on the amounts of each opioid that each individual company can manufacture or distribute. These DEA quotas are intended to match the supply of opioids with the amounts that are medically needed and to minimize the chances that these drugs will be diverted for illicit uses. 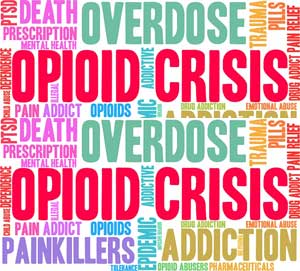 But the DOJ OIG found that soon after opioid overdose deaths began surging, the DEA failed to use its regulatory powers to effectively rein in the diversion and abuse of opioids, particularly with respect to setting appropriate annual nationwide quotas on the production of opioids by drug manufacturers. For example, the DEA’s nationwide quotas for production of oxycodone in the U.S. increased by over 400% between 2002 and 2013. Moreover, the DEA did not significantly reduce the national production quota for oxycodone until 2017, when it dropped by 25%.

The DOJ OIG identified several other areas where the DEA’s regulatory and enforcement activities could have been more effective in combating opioid diversion. Notably, the OIG found that the DEA did not appropriately safeguard against opioid diversion by routinely conducting background checks on all individuals seeking to prescribe opioids and on all companies seeking to manufacture or distribute opioids when they submitted their mandatory initial registration applications to the agency. The purpose of such investigations is to determine whether new applicants are fit and suitable candidates to engage in the prescription, manufacture or distribution of opioids and to ensure that they are familiar with their responsibilities to prevent opioid diversion. The failure to investigate occurred even in cases in which the applicant had a history of criminal activity.

To help reverse the ongoing opioid crisis and save lives, the DEA must engage in more aggressive regulatory and enforcement actions to prevent the diversion of prescription opioids.