Use of Tramadol for Arthritis Linked to Increased Risk

Accounting for approximately 45 million prescriptions dispensed in the U.S. in 2019, the opioid analgesic tramadol (CONZIP, ULTRAM) is among the most widely used painkillers. Additionally, clinical practice guidelines advocate its use as the first-line treatment of chronic pain, including pain related to osteoarthritis. A new study published in the March 2019, issue of the Journal of the American Medical Association found that tramadol use was associated with a higher risk of side effects than use of several commonly used nonsteroidal anti-inflammatory drugs (NSAIDs) in patients with osteoarthritis, the most common form of arthritis. 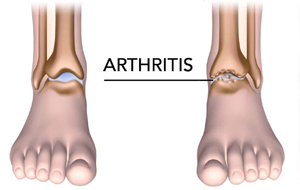 About tramadol. Opioid analgesic tramadol is approved for use in adults with pain severe enough to require an opioid analgesic for which alternative treatments are inadequate. It also is available in combination with acetaminophen (ULTRACET). Tramadol's analgesic effect has been characterized as weak. For example, a review of multiple studies of tramadol use in patients with osteoarthritis found that it had only small benefits when taken for up to three months. The review also noted that the drug’s adverse effects led many patients to stop taking it, limiting its usefulness. Despite the impression among many clinicians that tramadol is safer than other opioids, there have been reports of increasing numbers of serious side effects linked to the drug. Tramadol comes with a worrisome list of serious adverse effects, including seizures (even when taken at the recommended dosage), addiction, dangerous interactions with other drugs, impaired breathing. One particularly dangerous but rare adverse effect for tramadol is serotonin syndrome, a life-threatening condition characterized by agitation, hallucinations, rapid heartbeat, rapid changes in blood pressure, increased body temperature, nausea, vomiting, diarrhea and muscle rigidity. Importantly, the FDA-approved tramadol label has been modified over the years to include new information regarding tolerance (the need for increasing doses to maintain its analgesic effect) and abuse. Withdrawal symptoms, such as anxiety, nausea, sweating and tremors, may occur if tramadol is discontinued abruptly.

You should avoid taking tramadol if you are not currently taking it. If you are currently using tramadol, you should talk to your doctor about gradually tapering off the drug — because it is addictive — and switching to a non-opioid pain reliever, such as naproxen or acetaminophen (TYLENOL), or trying nonpharmaceutical treatments. Nondrug approaches to pain management — such as physical therapy, meditation, exercise and weight loss — may be harder to implement than painkiller medications, but they are safe and effective for many patients.